The 1970 season proved to be a milestone for Porsche racing in a number of respects. After winning the International Championship for Makes in 1969 with the 908/2, and concurrently introducing the soon-to-be-dominant 917, Porsche officially bowed out of factory team racing, thereafter supplying cars and development expertise to John Wyer Racing, with alternative support to the Porsche Salzburg team (soon to morph into the Martini Racing team). John Wyer was particularly notable for his contributions to several winning programs over the years, including Aston Martin’s DBR, Ford’s initial GT40, and his own highly successful Le Mans-winning GT40s that famously wore the blue and orange Gulf Oil livery. 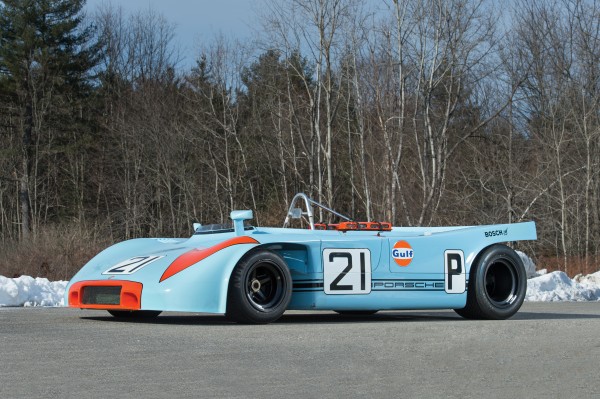 While the powerful 12-cylinder 917 was slated for a majority of the 1970 and 1971 seasons’ endurance events, two events in particular represented trouble spots for the heavy car. Both the Targa Florio and the Nürburgring 1000, with their winding courses, were unsuitable to the 917’s strength and raw power through the straightaways. Reasoning that a lighter, quicker car would nicely address the needs of these two circuits, Porsche engineered a final iteration of the 908, the recent 908/2 spyder-version that had proven so instrumental to the 1969 championship. 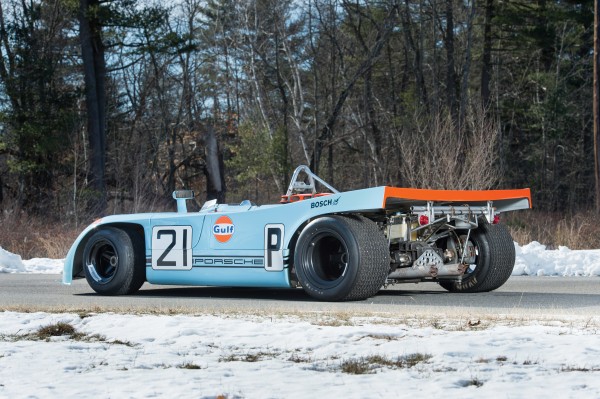 To address the challenges of the Targa and the Nürburgring, Porsche retained only the 908’s engine, the three-liter flat-eight that had been developed in response to 1968’s new displacement regulations. The 908/2’s spyder body and underlying chassis were abandoned in favor of an entirely new car, one strongly based on the successful 909 hill climb spyder of 1968, which seated the driver’s legs over the front axle. A wide, lightweight polymer body contributed to athletic handling and downforce with minimal lateral inertia through turns, proving to be ideally suited to the twists of the two targeted courses. 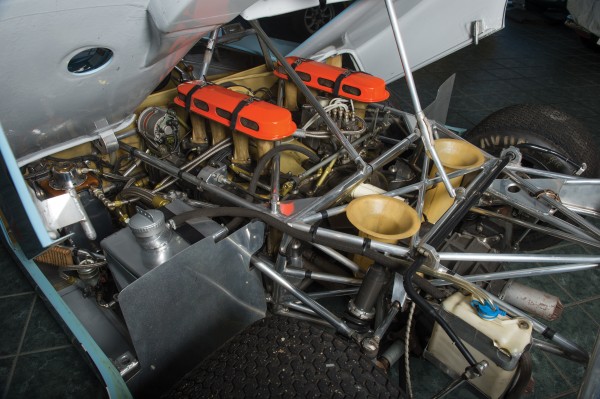 Initially dubbed the 908/69 project, two prototypes of the 908/3 were developed, which were soon followed by seven competition chassis. The new race car performed its mission flawlessly, with Jo Siffert and Brian Redman taking 1st place at the 1970 Targa Florio for Wyer’s Gulf team, and two other 908/3s placing 2nd and 5th. At the Nürburgring 1000, the spyder continued to fulfill its role, finishing 1st and 2nd, after which the cars were removed from competition and stored by the Porsche factory, with the 917s then being used for the remainder of the season. 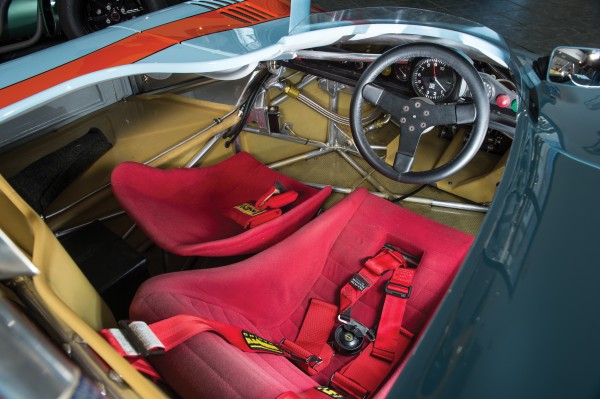 In 1971, the mothballed cars were resuscitated and prepared for the same two races, highlighted by a 1-2 finish at the Nürburgring 1000. Following its key role in Porsche’s victory in the Manufacturers Championships of 1970 and 1971, the 908/3 soon became a favorite of at least four private teams during the 1970s, undergoing minor body modifications and eventually being equipped with a 2.14-liter version of the six-cylinder turbo engine developed for the RSR race cars. The 908/3’s overwhelming record of racing success, stretching as late as the early-1980s, remains an undeniable testament to the longevity of the car’s engineering and design. 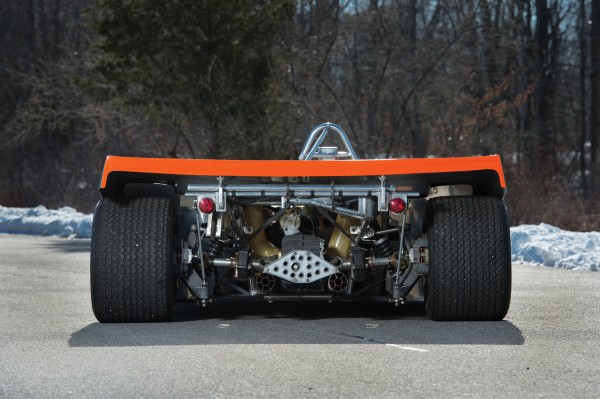