When the FIA announced in late 1963 that a three-litre limit would be imposed on Formula One racing in 1966, a scramble ensued amongst competitors to develop suitable new engines. The Coventry Climax inline four-cylinder engine, already in use by numerous teams, offered the most obviously adaptable foundation for the new formula, but Coventry’s resources were already spread too thin by then, and service and parts availability were increasingly an issue. 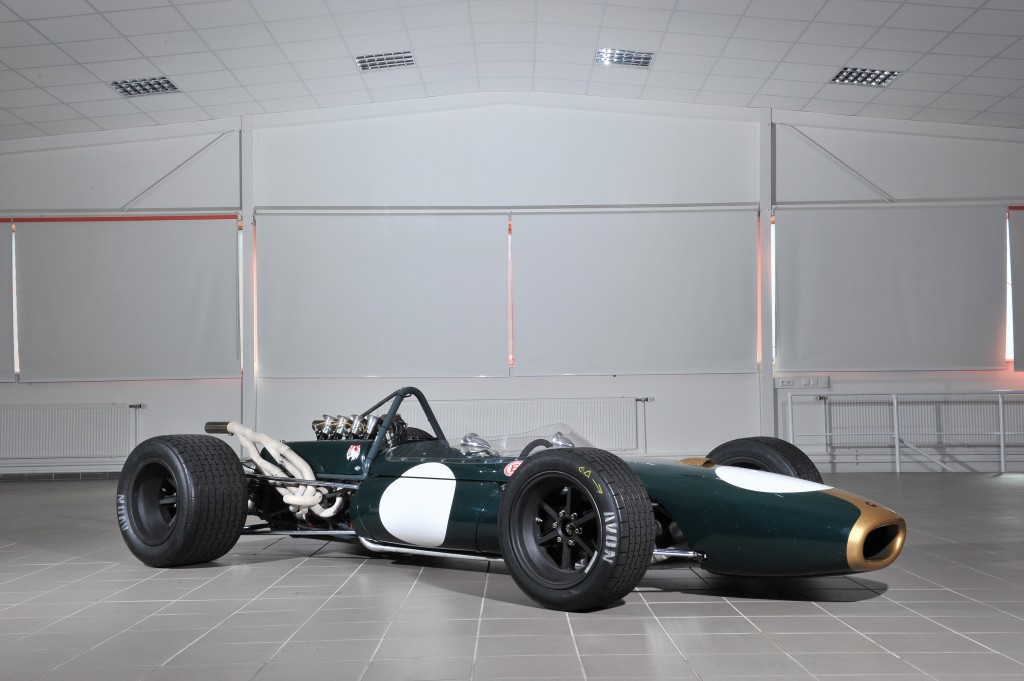 After realising that a fresh approach was required, Australian racer and team manager Jack Brabham turned to Repco, an Australian parts supplier. Development centred on Oldsmobile’s F85 V-8 block, which offered the advantage of a pre-existing and proven crankcase. Overseen by Brabham engineer Phil Irving, Repco decreased the displacement and substituted the overhead-valve arrangement with a single chain-driven camshaft, minimising the engine’s size and allowing it to fit into the successful BT chassis (named for Brabham and co-designer Ron Tauranac). 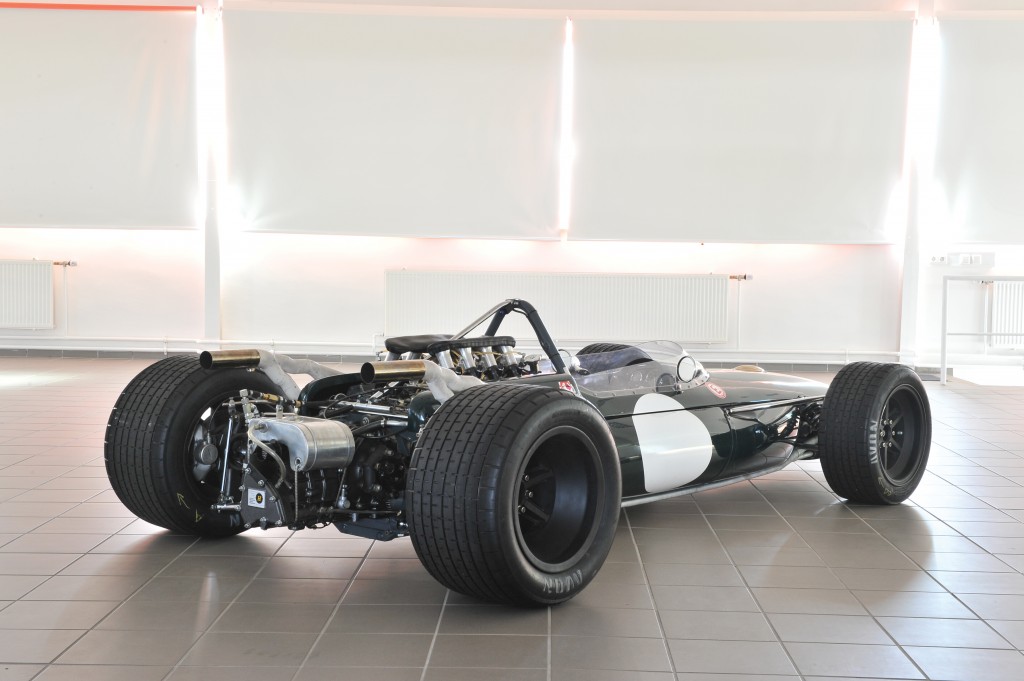 Whilst the first type RB 620 motors were based on original F85 blocks, all-new castings eventually allowed Repco to create the blocks out of aluminium. The lightweight powerplant proved to be extremely reliable and consequently far more successful than most of the three-litre powerplants developed from scratch by the competition. Jack Brabham began the 1966 season driving the sole BT19 chassis, but within a matter of months, two BT20 cars were built that were essentially identical to the BT19, with the exception of a circular-tube frame (rather than oval) and a reinforced cockpit. 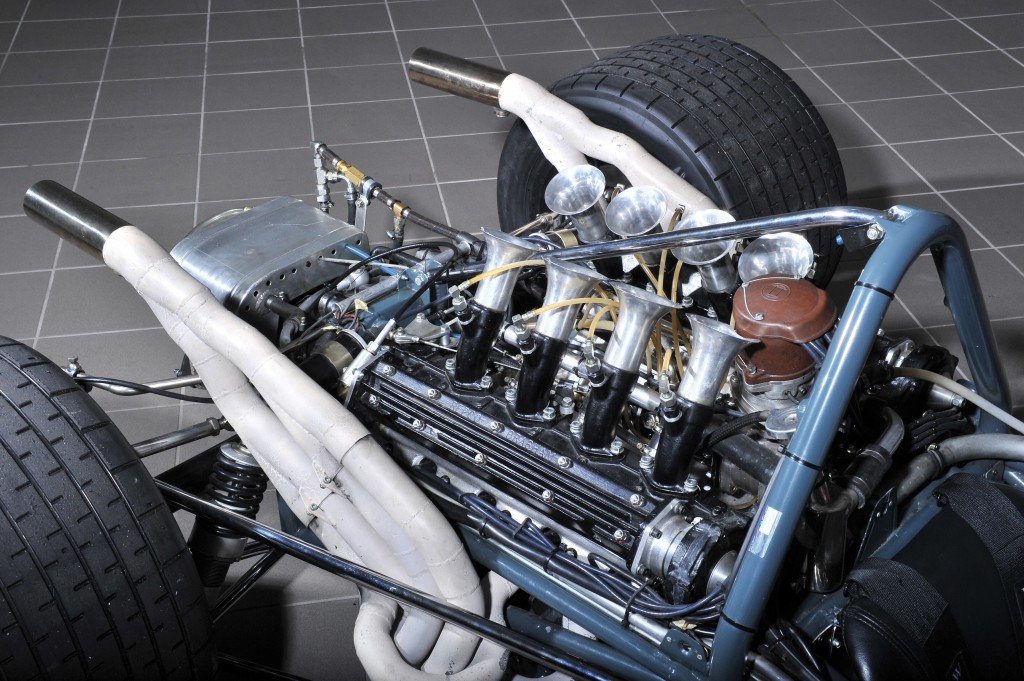 Chassis F1-2-66, the second of these two cars, commenced racing at the French Grand Prix on 3 July 1966, where it was driven by the renowned Denny Hulme. Just breaking in with the Brabham team in 1964, Hulme had become a reliable back-up driver who displayed steady improvement, and his rise to greatness was evidenced by the 3rd place finish at Reims in 1966. Two weeks later, at the British Grand Prix, Hulme roared to a 2nd place finish and then 3rd at Monza on 4 September. Another 2nd place at Oulton Park followed on 17 September, with a 3rd place at the season-concluding Mexican Grand Prix on 23 October, sealing Brabham’s 1966 Constructors’ Championship. Notably, Jack Brabham also secured the Drivers’ Championship that year, becoming the first and only driver to ever win the title in his own car. 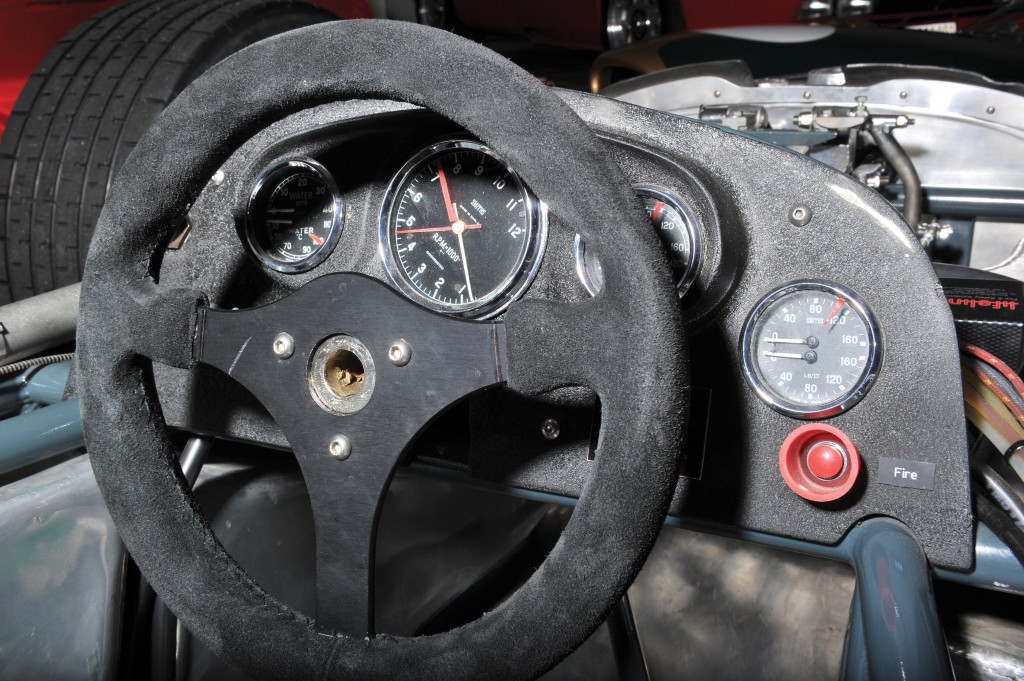 The 1967 season proved to be even more significant for F1-2-66, as the car became a focal point of the Brabham team’s efforts. The car was driven exclusively by Hulme for the first half of the season, finishing 4th at Kyalami on 2 January, 2nd at Oulton Park on 15 April, and taking its first chequered flag on 7 May at the Monaco Grand Prix, which was a fitting locale for the car’s greatest racing accomplishment. 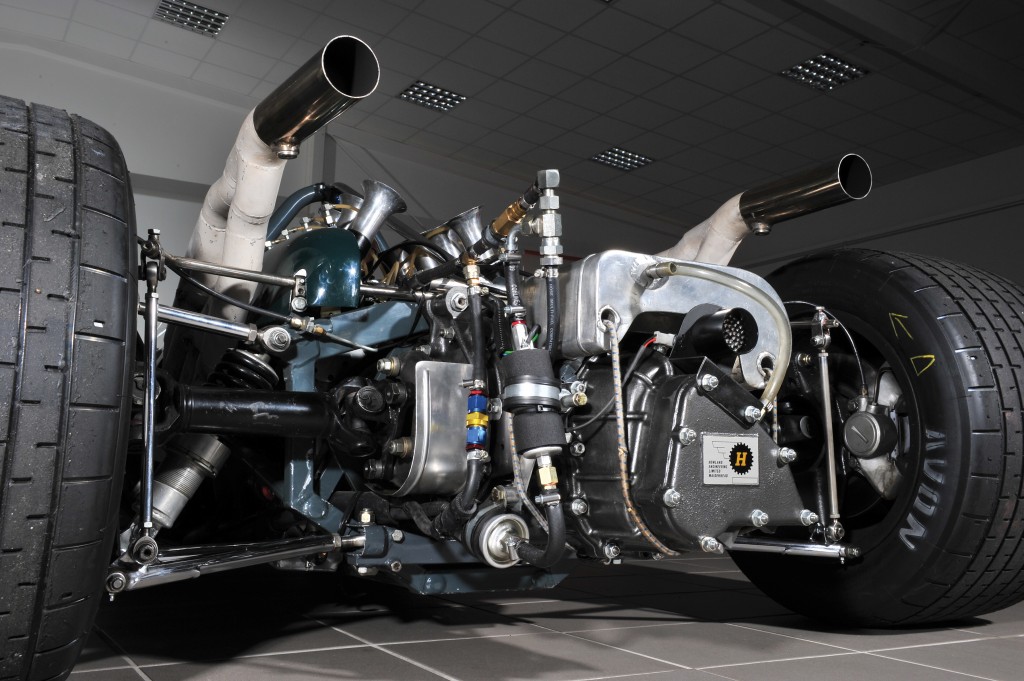 Hulme drove the car one final time at the Dutch Grand Prix on 4 June, where he finished 3rd. After which, the Brabham team retired its two BT20s and moved forward with the development of the BT24. Regardless, F1-2-66 boasts an important place in F1 racing history, as Hulme went on to win the 1967 Drivers’ Championship and Brabham won its second consecutive Manufacturers’ Championship—achievements that would have gone unrealised were it not for this car’s strong contributions.

This BT20 was sold after the 1967 Dutch Grand Prix to Guy Ligier, a former professional rugby player and construction magnate who took to racing later in life and had struck up a friendship with Jack Brabham. Ligier ran the car for the remainder of the 1967 season, finishing 6th at the German Grand Prix at Nürburgring on 6 August 6 and 11th at the 1967 Mexican Grand Prix. After the 1967 season, Ligier sold the car to Charles Vögele, and it was raced throughout 1968 by Silvio Moser, placing as high as 5th at the Dutch Grand Prix.

During the off-season, the Brabham-Repco was purchased by Franz Albert and raced a handful of times in 1969, finishing 5th at the European Hill Climb Championship at Gaisberg on 7 September. After being acquired by the legendary Jo Siffert for his private collection, F1-2-66 subsequently passed through a small handful of caretakers, eventually returning to race in vintage format at the first Monaco Historic Grand Prix in 1997.