Englishman Brian Lister used the facilities of his father’s Cambridge wrought iron shop, George Lister & Sons, as the basis for a career in race car engineering, which then blossomed into one in sports cars during the early 1950s. Starting with an MG platform in 1954, Lister soon graduated to two-litre Bristol engines, which he stuffed into low-weight chassis that were packaged with aerodynamic open-nosed bodywork. Famed racer Archie Scott-Brown drove one of these Lister-Bristols to 5th overall and 1st in class at Silverstone in 1954, where it stunned a field of Jaguar C-Types. 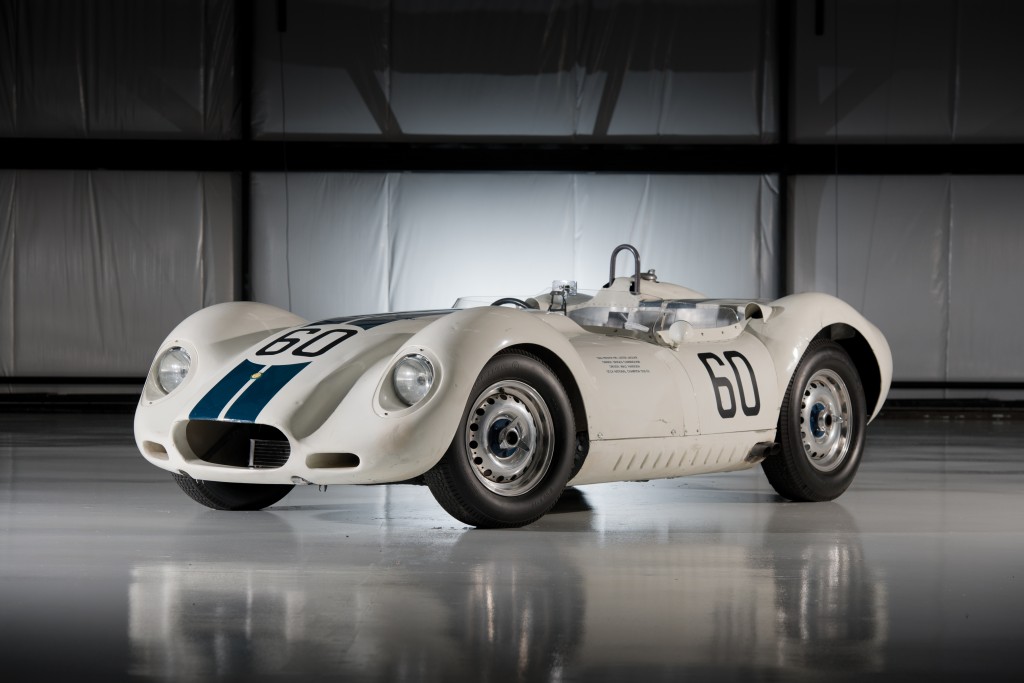 In 1957, customer Norman Hillwood insisted that Lister install a 3.4-litre Jaguar XK engine into his car. This marked the beginning of the engine-chassis mating that bore Lister his greatest acclaim. At the British Empire Trophy at Oulton Park on 6 April 1957, Scott-Brown’s Lister-Jaguar roared to a 1st overall finish, notably besting Roy Salvadori’s Aston Martin DBR1. Lister-Jaguars were well on their way to great success, but one more major innovation remained for the car’s legend to truly take hold, and that would lie in the forthcoming coachwork. 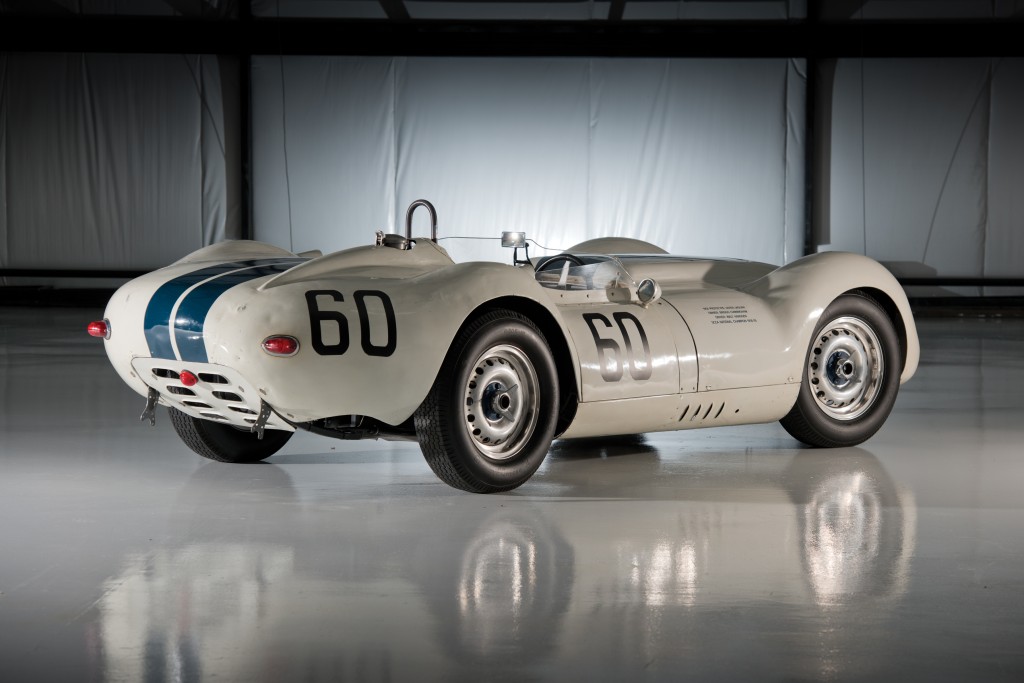 In February 1958, Lister introduced his latest model to the motoring press, which is the very car offered here. The new Lister-Jaguar exaggerated the prior car’s gently bulbous, Maserati-like wings, which now converged into a hugely sloping bonnet that cleverly masked the tall XK block. Just behind the engine compartment was a lowered cowl that reduced the windscreen’s overall profile, enabling the top of the glass (required to be a certain height by FIA rules) to peer just over the engine compartment and drastically reducing the car’s frontal profile and corresponding drag coefficient. 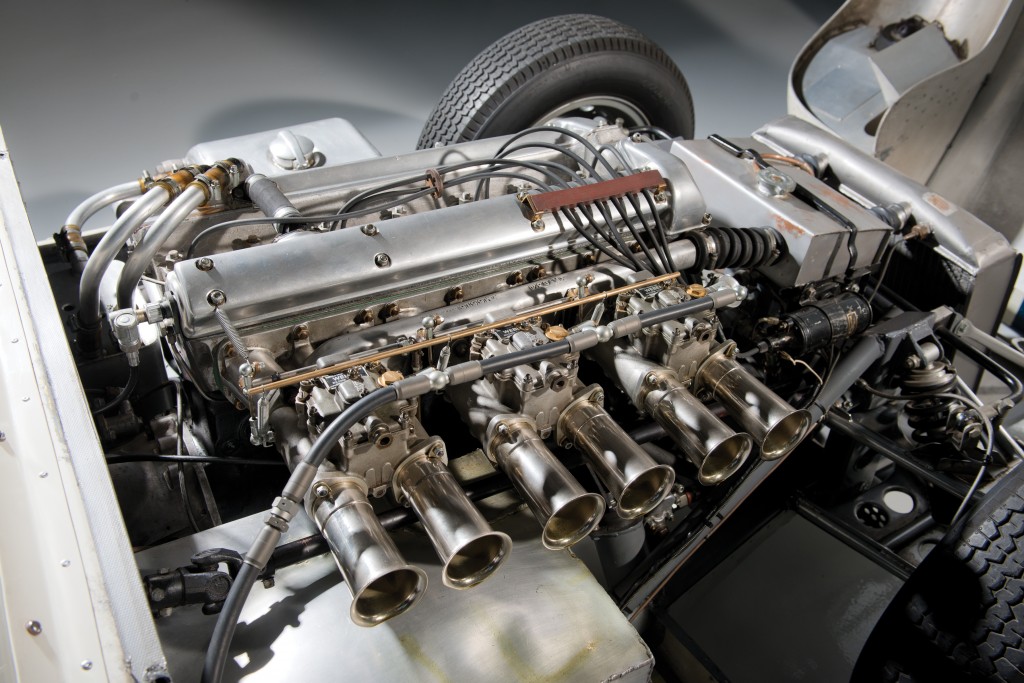 Unlike Lister’s previous cars, which were largely built in-house, the new model’s body panels were shaped under contract by Williams and Pritchard, and they were offered to customers in either aluminium or magnesium. Mechanical innovations to this model included inboard Girling disc brakes and a larger fuel tank. With the new Lister’s bulging, knoblike proportions, it was little wonder that the car quickly became nicknamed the “Knobbly”. 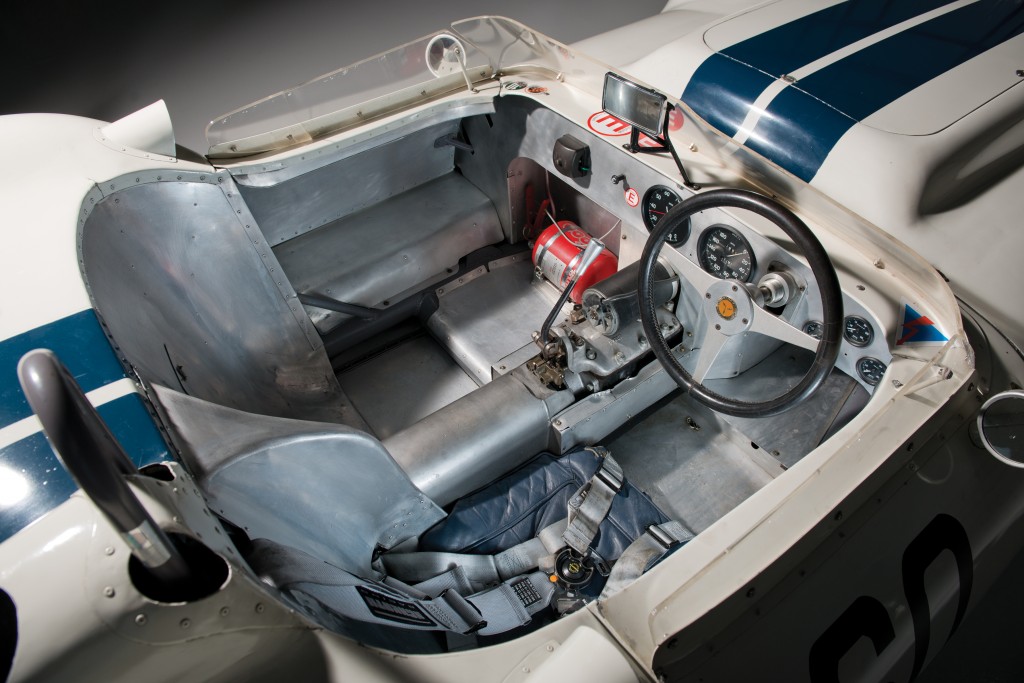 The success of Brian Lister’s designs had not gone unnoticed by famed American privateer Briggs Cunningham, who brought his technical director, Alfred Momo, with him to Lister’s shop in early 1958 and promptly ordered two cars that had already been earmarked for the Ecurie Ecosse (explaining this car’s chassis designation of “EE”). The car offered here, chassis number BHL EE 101, is the first of these cars, and it is, therefore, recognised as the bona fide Knobbly prototype. 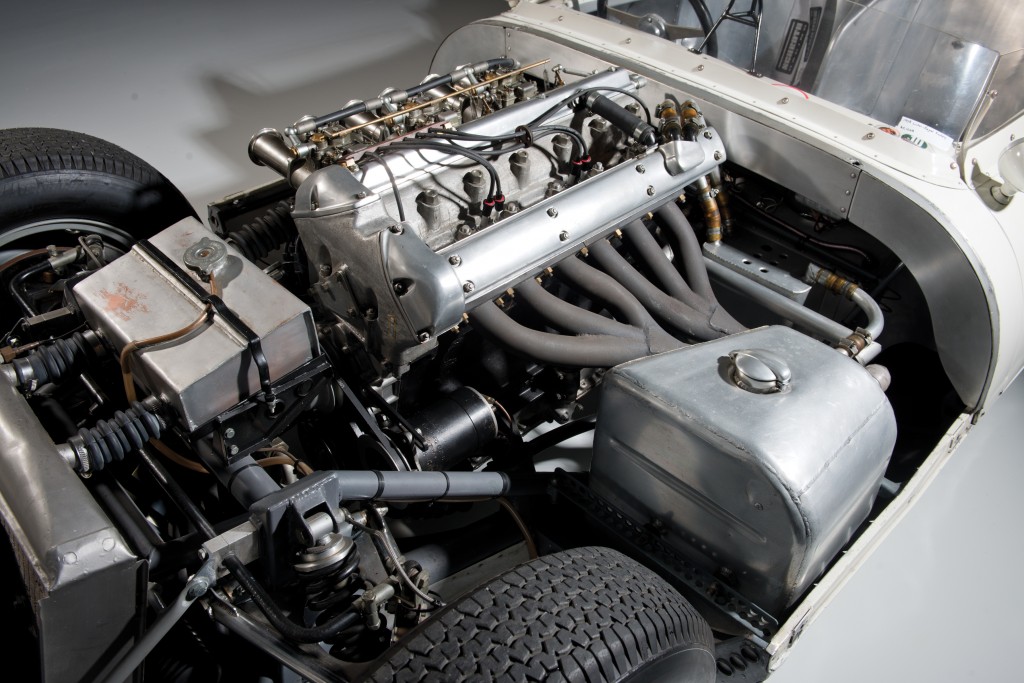 BHL EE 101 was delivered in time for the 12 Hours of Sebring, which took place on 22 March 1958, and it, along with Cunningham’s other new Jaguar-powered Knobbly, was prepared for competition by Momo, with particular attention to the FIA-mandated three-litre displacement limit, which necessitated using a shortened-stroke version of the basic XK block. Both Listers and three D-Types entered at Sebring that day, but BHL EE 101 retired early due to piston failure, marking an unusual failure for a Jaguar racing engine. Future three-litre FIA races would be run with a bored version of Jag’s 2.4-litre block, which proved to be far more reliable. 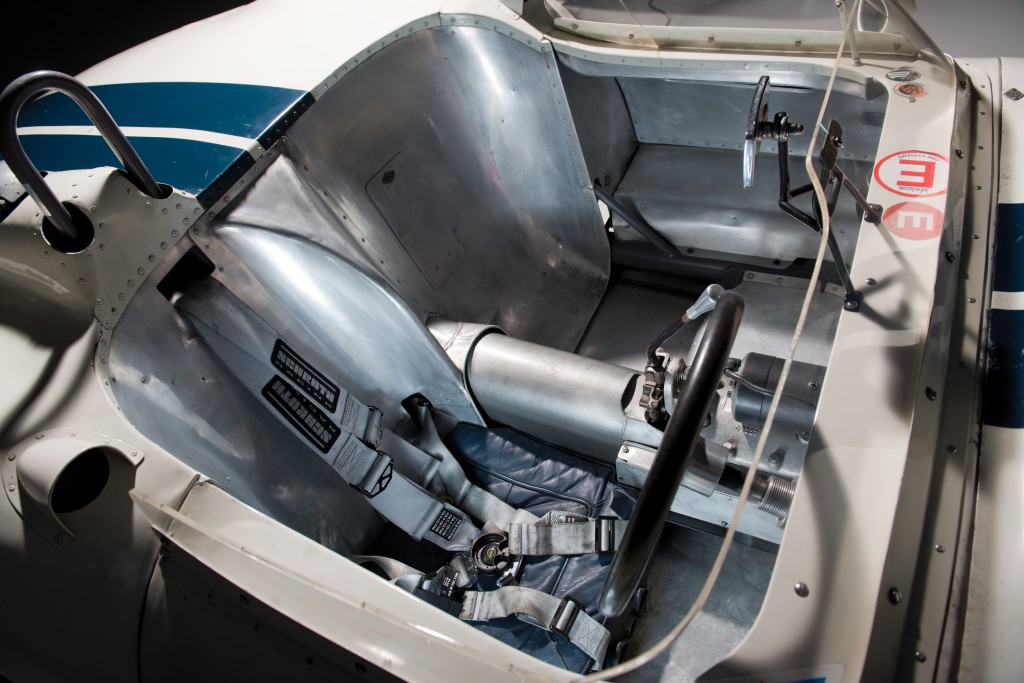 In SCCA competition, however, Formula Libre class rules set no limit on displacement, and the wide-angle 3.8-litre engine from Jaguar’s successful D-Type was sourced and used in American races, as was as an experimental 3.75-litre Jaguar racing engine that was personally tuned by Momo. Following the disappointment at Sebring with Scott-Brown behind the wheel (which involved a dramatic incident with Olivier Gendebien’s Ferrari Testa Rossa), this car was mostly driven for the Cunningham Team by the famed Walt Hansgen, who piloted the car in dominating fashion to a 1958 SCCA Championship. 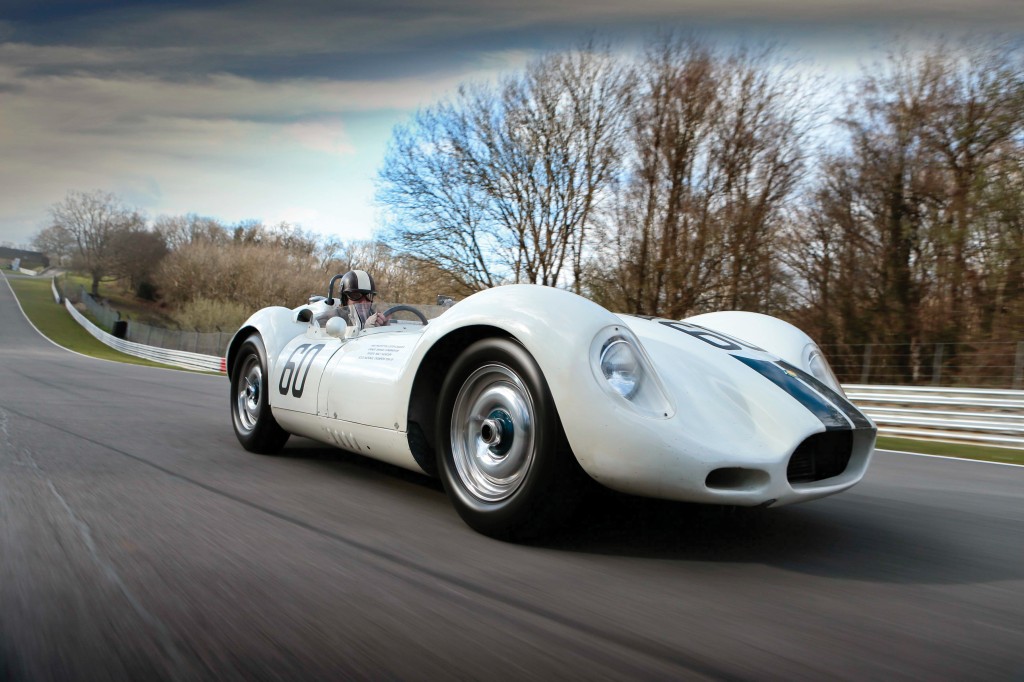 Hansgen’s impressive litany of wins began with a 1st overall at the President’s Cup in Marlboro, Maryland, on 20 April, after which Vice-President Richard Nixon personally awarded him the President’s Cup Trophy, as captured in a period photograph. First overall finishes continued at the Virginia International Raceway on 4 May, Cumberland on 18 May, Bridgehampton on 1 June, Lime Rock on 15 June, and Road America on 22 June. A number of 2nd overall and 1st in class finishes were also peppered throughout this period, which concluded with a resounding 1st overall at the season’s ultimate contest at the VIR on 5 October, securing Hansgen the 1958 Class C Modified Championship.

In 1959, Cunningham again fielded his two Lister Knobblies, also adding one of the new Costin-bodied Listers to the team. Unfortunately, the Knobbly’s ability to remain competitive against the evolving technology faded, particularly with the advent of Lance Reventlow’s Scarabs and the rear-engine Cooper-Monacos. Despite the inevitable, Hansgen and BHL EE 101 still managed to take 2nd overall at Montgomery on 9 August 1959. During the Knobbly’s use by the Cunningham Team, Momo revised the car’s front bonnet to a sweeping short-nose style, which was a modification that was often conducted by teams running Listers in order to negate the original design’s inherent front lift at high speed. Cunningham retained possession of the Knobbly until well after he used it competitively, but he eventually sold it in the mid-1960s, to well-known collector Herb Wetanson, along with one of his Lightweight E-Type racers. Wetanson, essentially only interested in the E-Type, soon sold the Knobbly to British driver and dealer Chris Drake, who raced the car at historic events during the early 1970s. The Lister was then acquired by collector Roger Williams in the early 1980s, and it was finally treated to a thorough bout of sympathetic freshening.