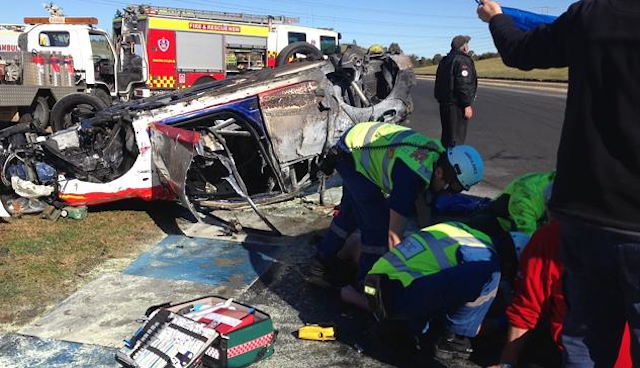 There was pretty serious crash this morning in Australia at Sydney Motorsports park. The driver is ok, but did suffer burns to 70% of his body according to the report on Speed Cafe. The first guys on the scene were other drivers who did their best to pull him from the car, but couldn’t quite get him out. They eventually used hydraulic jaws to pull the door off so the could extract him. The question is how many racetracks in the United States have hydraulic jaws? 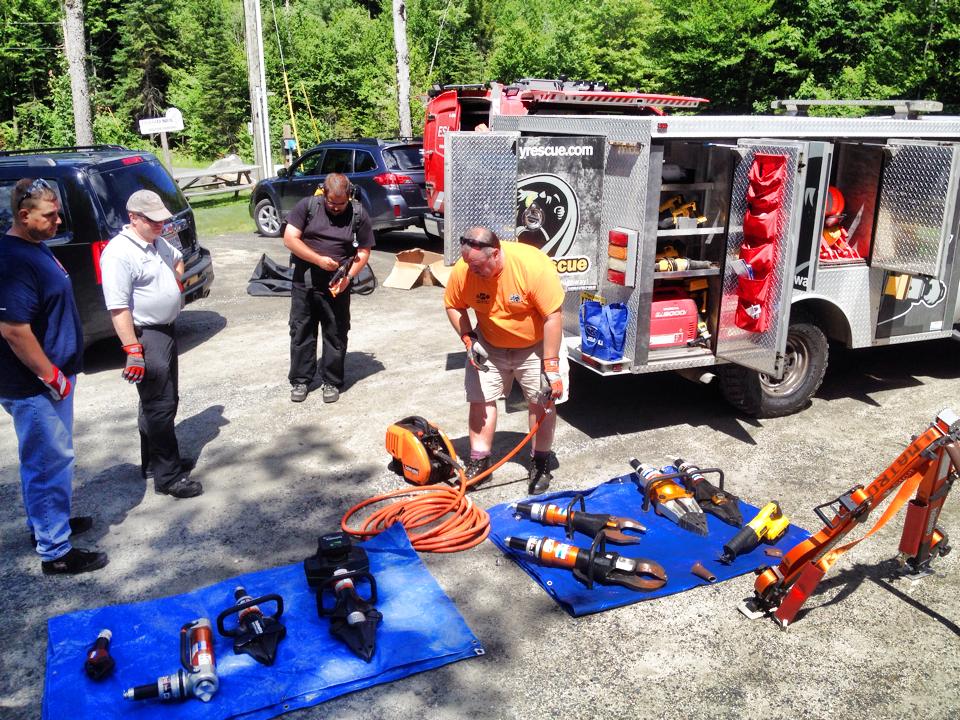 I don’t think too many tracks in United States have this kind of equipment on hand. I can see a full size firetruck in the pictures of the accident on Speed Cafe which probably carried the jaws and can only assume their safety laws are different over there. But my hunch is that if this same accident happened at one our racetracks in the U.S., that there would be one less racecar driver on the planet. Which brings up something really cool going on at Team Oneil Rally School this morning. They are starting up a program designated to educate and teach best practices to motorsport first responders. 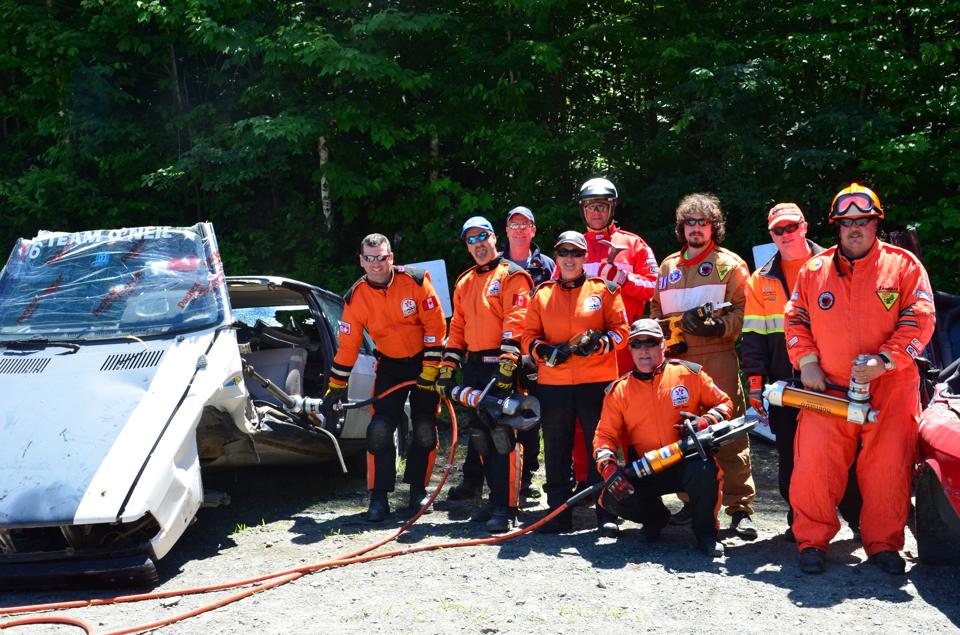 See that Audi on the left? They took it apart in less than a few minutes. Ripped the doors off, severed the A pillar, cut the windshield and then used the rams to open the car wide open. I can only hope this type of training becomes standard for all tracks across the country. Next time your at your local track to race, ask the guys what kind of equipment is on hand and what kind of training they have. I bet its not what you think.