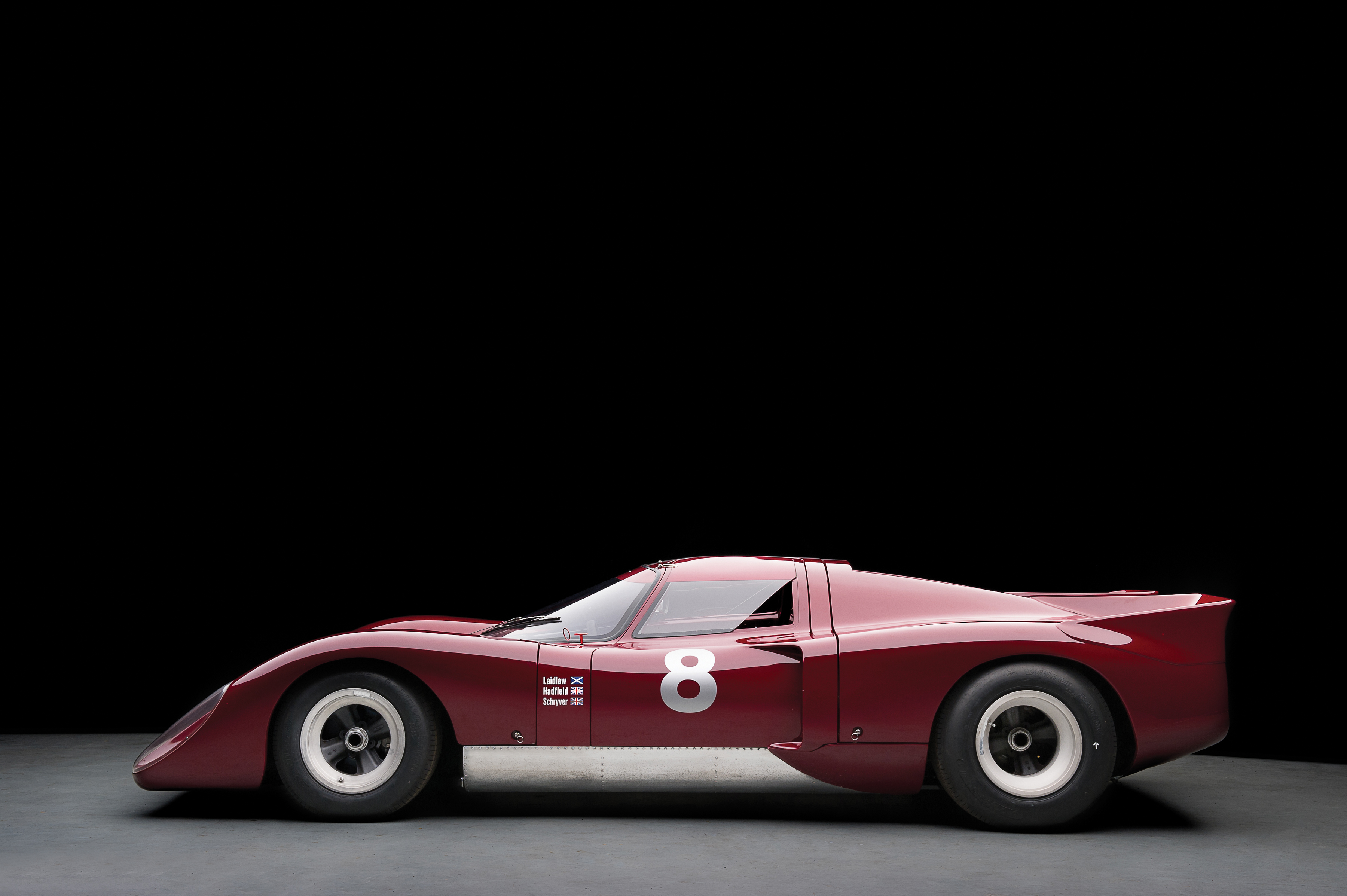 Produced in Lancashire, in the north-west of England, under ownership of the self-taught engineer turned racer Derek Bennett, Chevron produced some of the most dramatic and successful race cars the world had ever seen, which was an incredible achievement for a company that never built a single road car. Chevron produced cars without compromises, cars that took the racing world by storm and against all odds, in true David and Goliath fashion. 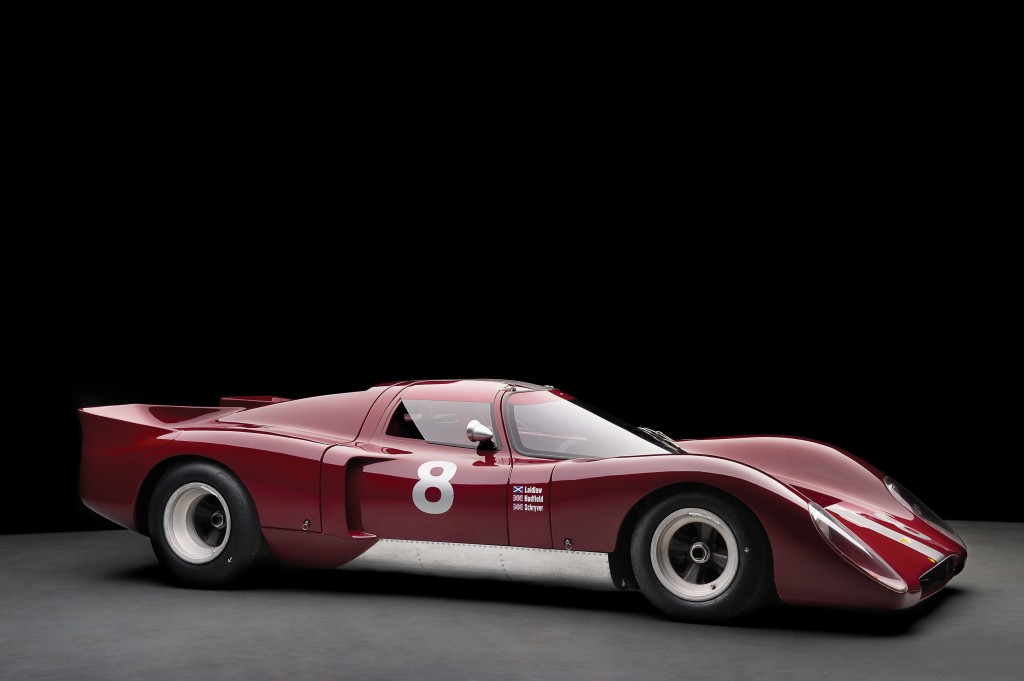 Starting with their first car in 1965, the B1 (with “B” standing for Bennett), they would go on to produce over 47 models, until Bennett’s death in 1978. Nearing the height of their success in 1969, Chevron introduced the incredible B16 at the Nürburgring 500 km. The B16 would prove to be their best creation yet. It was a car that not only had breath-taking good looks, but it also had the performance to match. 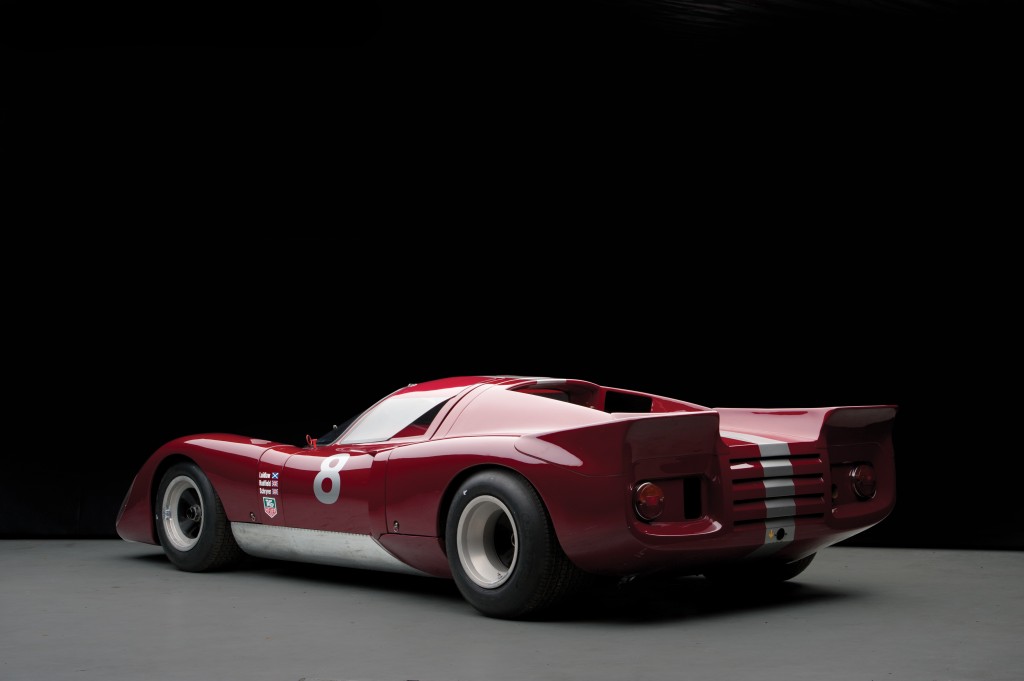 Featuring a design that was much more flowing and aerodynamically efficient than its predecessor, the B8, the B16 looks beautiful in the flesh. The fibreglass body was originally designed and conceived by Bennett and later refined by Jim Clark, of Specialised Mouldings, whom Chevron later contracted to build B16 bodies. It was initially produced as a coupé, but a single spyder version was later built to further reduce weight, ultimately providing the template for the cars successor, the B19. A welcome bonus was the greater start money awarded to open cars in U.S. racing at that time. 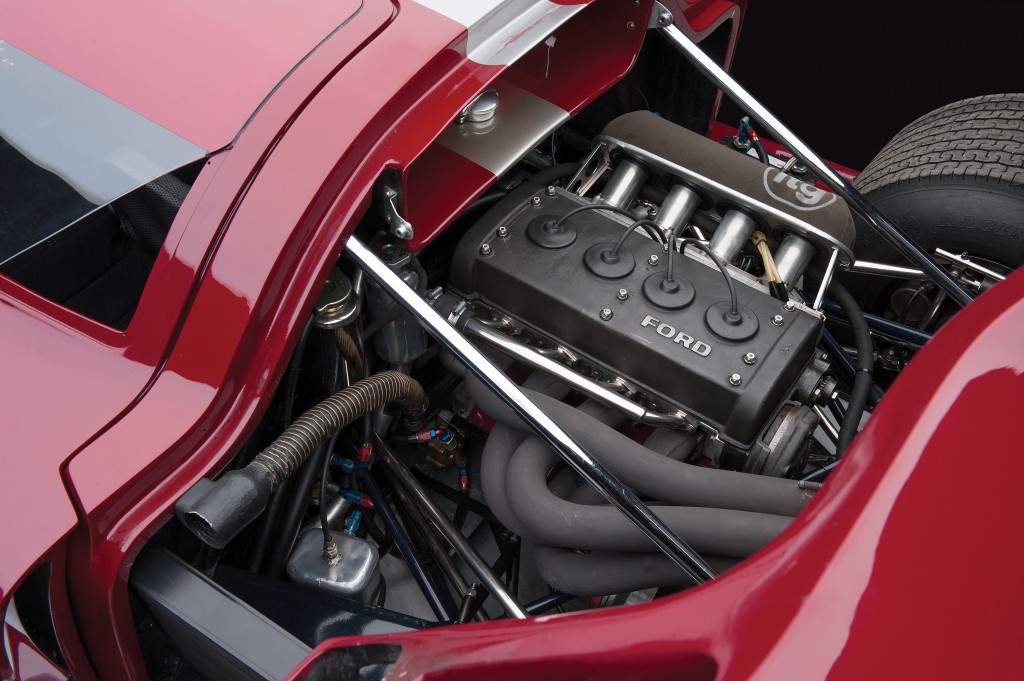 Under the stunning bodywork was a space-frame chassis that was reinforced with steel and aluminium panels to create a semi-monocoque centre section. The design used tubular frames in the front and rear to carry the suspension and a mid-engine drivetrain. Powered by a Ford Cosworth 1,800-cubic centimetre FVC engine, the superlight B16 was successful from the start. At its first outing at the Nürburgring in 1969, with Brian Redman at the wheel, the car finished 1st, setting the tone for the newest Chevron in its future outings and proving the company’s worth against competitors with much larger teams and budgets. 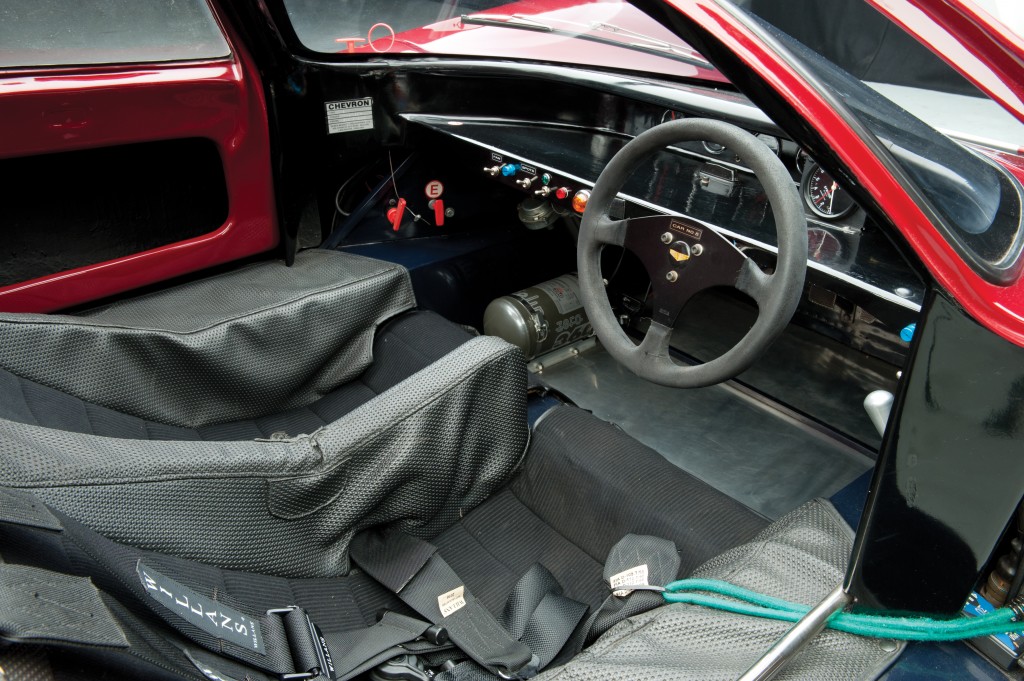 Chassis number 4 was delivered directly to Brian Robinson for the 24 Hours of Daytona in January of 1970, where the team disappointingly did not finish due to engine complications. Chevron subsequently entered the car at the Sebring 12 Hours two months later, where the car also received a DNF. The unfortunate string of bad luck would stop six weeks later at Silverstone, where the car placed 5th overall. After that race, Robinson’s luck continued to improve, as they went on to secure four top-ten finishes in the next six races, with a season high 3rd place at Crystal Palace on 25 May, 1970. 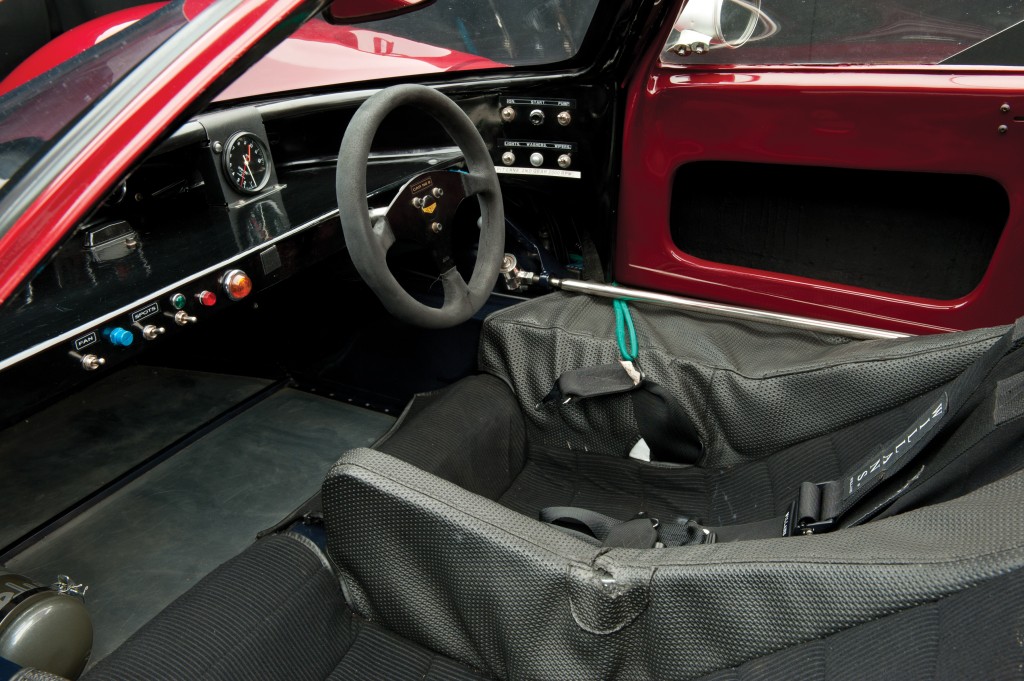 Nineteen seventy-one was Robinson’s second year of campaigning the car, and it proved to be a good one for both the car and team alike. This car finished well at a variety of outings, as it was often placed amongst the top three B16s it competed against, and it finished first amongst its siblings at Oulton Park, Silverstone, Croft, and Thruxton throughout the year. 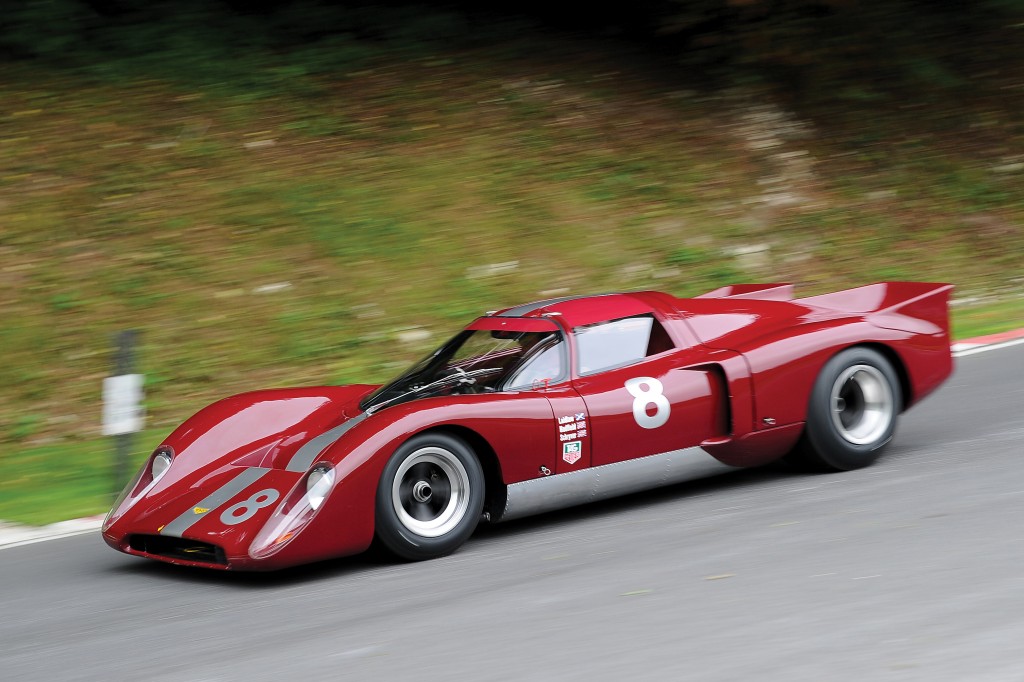 Fred Opert, one of the trio of drivers at the 24 Hours of Daytona in 1970, purchased the car from Robinson in 1971. Opert subsequently sold the car to Mike Gue, and it was then re-imported into the United Kingdom in 1983 by Ian Giles, who purchased the car and partly converted into a spyder. Reg Skeele then acquired the Chevron and kept it for several years, before selling to Richard Budge, who kept in until 1999. (Old Historic Sports Car Club Identity forms included in the history file show that the car returned to full coupé configuration and was prepared in Budge Blue livery.)

Michael Schryver purchased the car via Chevron specialist Vin Malkie in 1999 and commissioned Simon Hadfield to undertake a full rebuild. During the renovation, a new ex-Chevron coupé body was acquired; however, it was decided that the car was to retain its original body, which had already been re-converted to coupé configuration. (The spare body panels are included in the comprehensive spares package.) It was also noted that during the rebuild, the original chassis had not been modified or cut during the car’s time running as a spyder.

Schryver went on to compete in and win the famous three-hour race at Dijon’s L’Age D’Or meeting and the Group 4 Race Series of the period.  As part of the Laidlaw Collection for the last 10 years, this B16 has been fastidiously maintained by specialist race-preparers at Simon Hadfield Motorsport, with invoices for all work performed, a current MSA Historic Technical Passport, and a very extensive list of race spares all included in the history file.  As with the other cars offered today from the Laidlaw Collection, this is an extremely eligible historic racing car in fantastic condition, and it is ready to continue its glory days on the track at such prestigious events as the Le Mans Classic. Chevron’s B16 can be mentioned in the same breath as other closed endurance racers of the same era, including the Lola T70, Ferrari’s 412 P, and the Ford GT40 Mark IV.

Nothing else at the time looked like these cars, and they commanded respect on the race track not only because of the mastery of their design, but also because of the engineering genius they demonstrated in competition